In the last days of the calendar year, everyone on the internet provides a review of 2016.  Lots of people this year are using the hashtag #f**k2016 (with no missing letters, of course).  I’m ready to let go of 2016 and in fact, I almost titled this post “Goodbye 2016!  Don’t let the door hit you on the way out!”  But I’m a glass half full kind of gal who looks at the world through rose-colored glasses.

I’ll admit, 2016 was not a great year.  But I wonder if it’s because, along with my dad, it seemed like so many of my childhood icons died and the internet was full of bad news, worse news and then fake news.  One of the reasons I’m not talking about Trump’s election and the recent UN vote is because I have no way to vet the news any more.  I don’t even know what’s true.  I was sure that this week’s celebrity deaths were fake too.  George Michael, Carrie Fisher, and her mom, Debbie Reynolds!?!?  WHAM, Star Wars, and Singin’ in the Rain all hit in the same week?!?!  I call conspiracy! 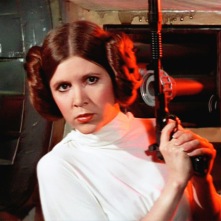 Living in Israel, I tend to do more of my soul accounting (heshbon nefesh) and reviewing of my year in September around Rosh HaShana and my birthday.  I have two new years to account for and it seems like a good time.  But I also do it when the calendar changes.

In 2016 I tried to let go of perfectionism.  Was I the perfect daughter/sister/aunt/cousin/niece? No.  Was every blog post this year perfect?  Clearly not.  Was every project I completed perfect?  Nope.  Did I make the perfect choice every time?  Definitely no.  Did I do anything perfectly last year?  I doubt it.  But I kept trying and I kept moving forward.  It’s pretty common knowledge that perfectionism leads to paralyzing fear – if you can’t do a thing perfectly, it’s better not to do it at all.  Letting go of perfectionism means that I am more willing to try new things and possibly fail at them, but that experience will help me grow and hopefully become a better, stronger person.

Releasing perfectionism and being aware of so many deaths is also a reminder to LIVE.  One of my favorite quotes of all time is from Auntie Mame:  “Live!  That’s the message!  Life is a banquet and most poor suckers are starving to death!”

We don’t know what tomorrow will bring.  We have no idea what the world will be like after January 20.  We can’t trust the 24-hour news cycle driven by numbers of clicks.  All we can do for sure is wake up in the morning, be kind to the people around us, try to be good human beings, and have the best day we can.  Then, if (or when) the morning comes when you don’t wake up, you and all your loved ones will know that your last full day was a good one.

For Whom the Bell Tolls

No man is an island,

Each is a piece of the continent,

A part of the main.

If a clod be washed away by the sea,

Europe is the less.

As well as if a promontory were.

As well as if a manor of thine own

Or of thine friend’s were.

Each man’s death diminishes me,

For I am involved in mankind.

Therefore, send not to know

For whom the bell tolls,

It tolls for thee.

(Do you think John Donne knew about Brexit?)

Be the master or mistress of your own destiny!

Try new things – even if, and especially if, they scare you a little!

Wake up in joy and go to sleep in satisfaction!

Strive to be the best version of yourself!