Signs of summer are starting to show up in Jerusalem.  The city put up these fun mini-umbrellas on Yoel Solomon Street. 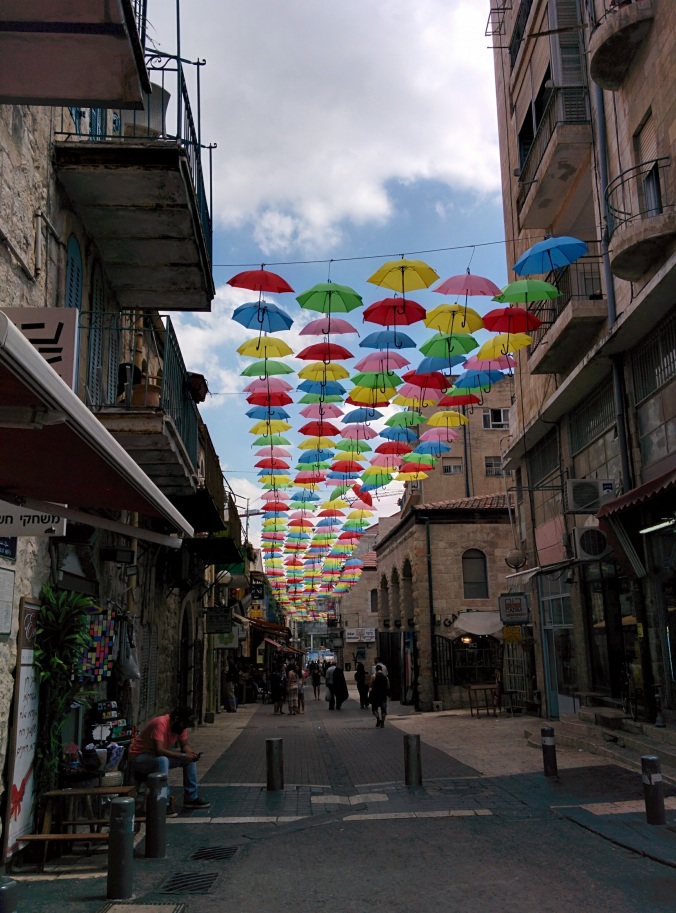 Later in the evening I stepped out again to see the mini-light show on the walls of the Old City.

And then I walked through Mamilla on the way home.  And it was crowded!  It seemed to be an equal mix of Jews, Arabs and tourists. 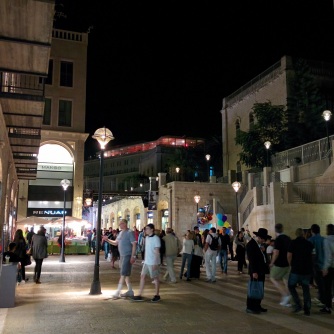 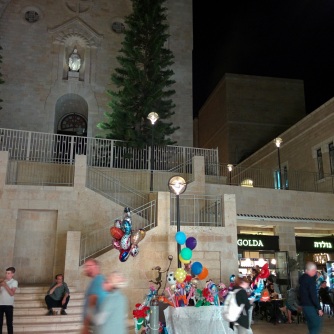 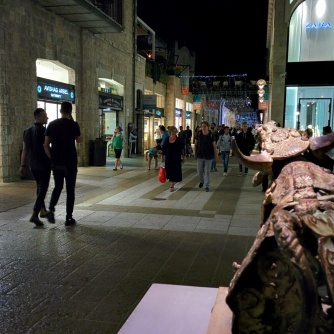 The crowds are worth pointing out.  A week ago, a young police officer was killed by a terrorist at Damascus Gate, a northern gate.  Mamilla is near Jaffa Gate, a western gate.  They aren’t that far apart with only the Christian and Muslim Quarters separating them from each other.  Also, it’s Ramadan.  And yet – it’s nearly 10pm and the streets are full.

Jerusalem is beautiful at night and I’m so glad that our mayor and the city council have made it both possible and aesthetically pleasing to be out and about in the city.  We don’t quake in fear in the face of terrorism.  The minute we do, they win.

Jerusalem is known as the city of light.  And for good reason! 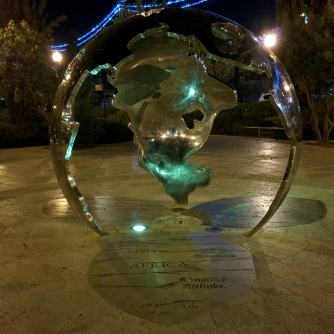 Next week we will host the “Light Festival, Jerusalem,” so expect more pictures of the beautiful walls of the Old City from Zion Gate in the south up to Damascus Gate in the north featuring light installations by artists from all around the world.