You know when you have an argument with a loved one about something and it turns into a really ugly fight and later you realize that this huge fight was not even about whatever you were fighting about?  It’s actually about something deeper in your relationship.  I think that’s what’s happening this week among the Jewish People with regard to the Kotel (the Western Wall).

Prime Minister Netanyahu suspended the plan to expand the egalitarian prayer section at the Western Wall.  The English language press in Israel went bananas and Jewish leaders in the US issued strongly worded statements of disappointment.  Op-eds were written that suggested Netanyahu snubbed the whole of Diaspora Jewry and is a liar, that this act will turn into a security threat because US Jewry will no longer support Israel and thus not push the US government to continue to support Israel, that US Jewry will pull their charitable giving, and on and on.

The Israeli press noted that the decision happened and moved on.

What is the Kotel actually?  It is an exposed remnant of the retaining wall that holds up the Temple Mount complex, where the Dome of the Rock and Al-Aksa now stand.  It is *not* a remnant of the Temple itself. 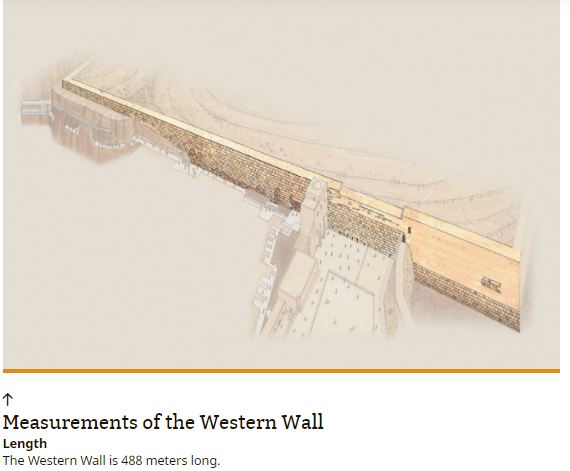 Why do Jews face Jerusalem to pray? Jews pray toward where the Temple once stood; they are not praying to a retaining wall.  People place prayers in the Wall, but the Spirit of the Lord does not actually reside there.  He just picks up His messages from time to time.

When did the Plaza become a synagogue? In 1967, when Jerusalem was reunified, the alleyway that was in front of the exposed section was expanded and became the Western Wall Plaza.  That small section of the retaining wall was conveniently located and it was turned into an open-air Orthodox synagogue (it was not a synagogue before).

How holy is it? Based on the logic of holiness bestowed upon the Western Wall, every part of the retaining wall should be considered equally holy: the southern wall (I’ve seen people praying there), the eastern section (on the Mount of Olives side), the Via Dolorosa (the first few Stations of the Cross starting at the Lion’s Gate), the route of the Tunnel tours, and even a little alley called “The Little Kotel,” which is apparently even closer to where the Temple stood.

Perhaps we should ask a different question? Why is there any kind of synagogue at all?  Why not just keep the practice of individual contemplation and personal prayer for all people of all denominations of all religions?

This kerfuffle is not really about access to the Kotel.  Just like the fight you had last week with your loved one wasn’t about who would put the dishes in the dishwasher and how you always do it wrong.

This is about acknowledgement and acceptance.

It could start with the rabbinical authority in Israel acknowledging that there are other visions of Judaism – they may need to negotiate about the different ideas of halakha (Jewish law) – but they should also try to square it a bit more closely with the Law of Return (anyone with a Jewish grandparent on either side is entitled to Israeli citizenship, which is not the halakhic definition of a Jew).

Jews living outside of Israel will also have to accept that Jews living in Israel have their own ideas about how to run the country and preserve holy sites and that donations to Israel and putting your name on buildings doesn’t actually bestow the right to dictate policy here.

Fiddler on the Roof starts with Tradition (video above) and by the end a few things get changed in line with the times.  But we keep our balance, like a fiddler on the roof!

The question of acknowledgement and acceptance is real and I don’t want to minimize it.  It is symbolized in the questions of access to the Western Wall and that is indeed legitimate.

However, the bigger issue facing all of the Jewish people is that UNESCO continuously and repeatedly calls the Western Wall Plaza “The Al-Buraq Plaza” and calls the Temple Mount only by its Muslim name.  If we want to continue our internal family discussions about access to the Western Wall, we need to ensure that it remains a Jewish site.  And we must also remember that the Temple Mount – where Jews are forbidden to pray and are arrested for doing so – is the actual holy site.