Purim in Israel looks like Halloween on the outside – costumes, parties, drinking – but it’s actually the celebration of a woman who saves the Jewish people. Coincidentally, I saw Captain Marvel and On the Basis of Sex this month, which happens to be Women’s History Month. If you know anything about the story of Purim, you’ll know that that is also a story full of coincidences.

What I found interesting in these three stories is that Esther, Ruth Bader Ginsburg, and Carol Danvers succeeded in a man’s world without forcing themselves to become masculine. Moreover, their inner spark and strength was hidden in plain sight. Esther was a beauty pageant winner and queen. She followed the rules and requirements of her position, and found a way to avert the genocide of her people. Ruth Bader Ginsburg was a wife and mother, valued her family above all, followed societal rules, and still excelled in everything she did (except cooking; she’s terrible at it). Carol Danvers joined the Air Force, became a fighter pilot, and, in typical superhero style, was infused with the most powerful energy in the universe. At first glance, she seems “masculine,” but she leads with her heart and one “friend” calls her emotions a weakness. Rather than a weakness, she finds on her journey that they are her strength. The best feminist line is when she is set to fight a guy she thought was a mentor and a friend. He knows he can’t beat her powers, so he challenges her fist to fist, no weapons, to prove herself to him (he knows he can win). She shoots him with photon blasts from her hands. As he wakes, he sees her surrounded by sunlight and she says, “I don’t have to prove anything to you.”

In Hero(ine) Journey style, Esther, Ruth, and Carol have an ally. The ally is not just a partner, but is a person who reminds our heroine who she is and helps her fulfill her destiny by lifting her up and acknowledging and celebrating her strengths and easing her weaknesses. Esther had Uncle Mordechai. He raised her, helped her win the pageant, coincidentally stopped an assassination attempt, and kept her in touch with her roots and her people. Ruth Bader Ginsburg had her husband Marty. He was her partner in life: an involved father and husband, a supporter of every choice, a peacemaker, and he was also quite a good cook. Carol Danvers had her best friend Maria Rambeau to remind her who she is and what her true strengths are and Nick Fury to help her navigate Earth of the 1990s and fight bad guys.

Stories for Women and Men in the Real World

Women can be inspired and fulfill their destinies. Men can see what true allies look like so that they can move forward by lifting women up instead of pushing them down to soothe their own egos. Armie Hammer who plays Martin Ginsburg said that he could never live up to the standards set by his character, but it was something to aspire to. He says (on The Graham Norton Show): “I think the model of their marriage and their relationship was the basis of the gender equality that Ruth later sought during her entire legal career.”

At the same time, I’m sickened by the news coming out of South Korea right now of Korean pop singers sharing hidden camera videos of their sexcapades, procuring prostitutes for investment schemes, and other crimes. This week a live streaming hidden camera site spying on 1,600 people having sex in their motel rooms was exposed. Under the banner of “My Life Is Not Your Porn” Korean women started taking to the streets last summer to highlight the phenomenon of cameras hidden in changing rooms and public bathrooms. This led to an effort to sweep public restrooms on a regular basis to check for spycams. I hope Korean women can find inspiration from a real person like Ruth Bader Ginsburg, a possibly real person in their history like Jews have in Queen Esther, and if all else fails, they can take inspiration from the most powerful superhero in the Marvel universe, Captain Marvel. And from these stories, Korean men can learn to be allies instead of misogynists.

In every reading of the Purim story, we can learn a new lesson. Let’s let this year’s lessons be:

The movies are very good, not the best I’ve ever seen, but they are definitely stories worth telling and sharing.

*This post is inspired in part by this article.

Bus driver was one of those jobs in Israel that was always done by a man. Ethnicity didn’t seem to matter, but it was always a man. I don’t know if it’s related, but bus drivers are notoriously aggressive drivers. I was once on a bus – a double-length bus with an accordion middle junction – on a two-lane street. The car ahead of this bus was annoying the driver and in spite of the bumper-to-bumper traffic, the bus somehow passed the car. There may have been some popping up on the curb and shouting back and forth, but I cannot really explain how it was physically possible for a double-length bus filled with people to maneuver in traffic like a two-seat roadster.

I have to say that I’m happiest when I see an Ethiopian woman driver.

When you examine the social strata of Israel, I think the group with the most obstacles facing them is Ethiopian women.

They face blatant racism. There are plenty of rabbis in the rabbanut (the religious authority in Israel) who do not accept Ethiopians as properly Jewish and require that they go through a formal, Orthodox conversion.

The Ethiopian struggle to come to Israel is awe-inspiring. Some were brought in emergency airlifts having never seen a plane before. Some walked the whole way facing hunger, thirst, natural dangers, and human dangers. They faced unimaginable odds and obstacles at every turn. And many thousands died along the way.

Some Ethiopians face a cultural gap – in some cases a chasm as wide as the Grand Canyon. Can you imagine living in an African village, more or less self-sufficient in your community, and then you arrive in a place that is technologically a hundred years more advanced? Once you didn’t need to read and write, and then suddenly everyone is asking you to fill out a form in a foreign language?

It’s a sad fact that some older Ethiopian men haven’t adjusted to life in Israel very well. They come to Israel and because they don’t succeed in society, they feel emasculated. And their frustration gets taken out on their families, especially wives.

But then you see her, a petite Ethiopian woman – the steering wheel of the bus is nearly the entire length of her arm – and she’s maneuvering this monster vehicle in the crazy traffic of rush hour Jerusalem and dealing with impatient, hot, frustrated passengers.

Imagine a two-lane road with cars parked with two wheels on the sidewalk (yep, that’s legal parking) along both sides and both lanes are bumper-to-bumper. Now you have some idiot who parked their car badly and it’s sticking out in the street blocking part of the lane. You’re the bus driver who has to get this huge vehicle through an even smaller space than usual.

It just so happened that in the opposite lane was a bus from a bus-driving school with an instructor and a student driver. As our Ethiopian woman driver perfectly executed the right moves to get the bus through the narrow gap left to her without touching any other cars, she got cheers and fist pumps from the instructor and student in the other bus and a murmur of approval from the passengers who could see what was going on.

And in that moment, she was on top based on her own skill, her own merits, and her own grit in getting things done. It was a beautiful thing to see!

(And I was much more forgiving when she nearly missed my stop, which was right after this little drama.)

One of the things I tell female travelers is that as a woman I feel very safe walking alone at night in Israel.  I haven’t taken a formal survey, but I’m pretty confident that many women would agree with me.

But with the #MeToo campaign this week, I’m reminded that Israel isn’t safe for women at night because of its enlightened attitude toward women. #MeToo hit Israel and turned into גםאני# (gam ani or me too).  It’s not really a surprise given the scandals we’ve had in the past few years, including a former president serving 5 years of a 7-year sentence for rape and other sex crimes against several women. 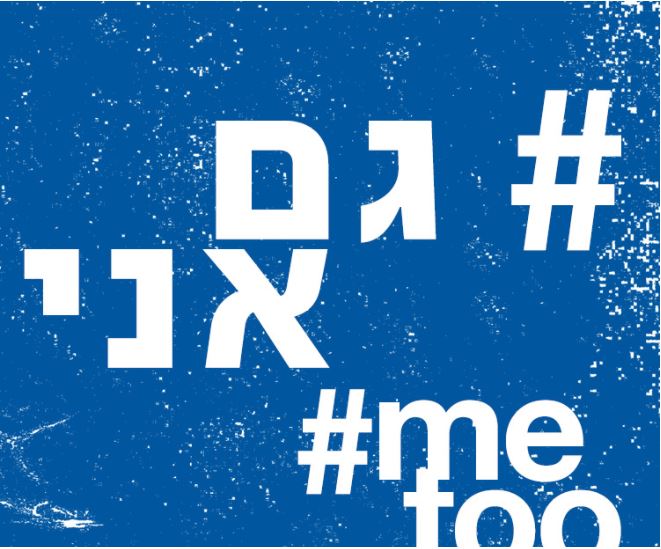 I’ve spent this week wondering how these two things can be true at the same time: I feel safe as a woman and yet there is sexism embedded in the culture and sexual harassment is a daily occurrence.

A bit of internet research revealed that indeed in Israel people generally feel safe walking alone, so the statistics bear out that people are generally safe from crime in the street.

Sexism exists even in the socialist utopia of equality on the kibbutz: When I volunteered on a kibbutz and worked in the banana fields, I could drive the tractor and climb the ladder with a machete to do the trimming, but I could not take the ladder out of the truck as it was considered “men’s work” and banana harvesting was extremely physically demanding, so only men did that. To be honest, I don’t imagine that any woman really wants to catch 100-kilo bunches of bananas on her back and deposit them on a flatbed truck.  I certain didn’t.  The ladder thing was silly though.

And I don’t wish to minimize the sexual harassment that goes on. Men do take advantage of women. There’s no reason or excuse. They do it simply because they feel that they can get away with it. From catcalling in the street to power-plays in the office, Israel is not immune.  Worst of all are the cases of sexual assault and rape that occur in all kinds of situations – at the office, in the army, and even at home.

And yet, I still feel safe when I walk alone at night.

I spent a lot of time thinking about how to reconcile these two facts about life in Israel for women.  Was it cultural? Was it religious? Was it specifically Jerusalem? I thought about things that have happened to me in my years in Israel.

The only thing I can come up with is that both men and women benefit from the lower incidence of street crime. So feeling safe in the street as a woman is really just my view of a feeling of safety that applies to both men and women.

But in terms of sexism, sexual harassment, sexual assault and rape, Israel has a long way to go.  Thankfully #MeToo and גםאני# have shined a spotlight on this pervasive problem and finally made it headline news in Israel.

Screenshot: Source The translation of the main headline next to the women reads, “Yes, I too was raped.” Six stories from Israeli celebrities were printed in the paper, but the internet site of Yediot Ahronot has sixteen stories.