This week I’m in Denmark.  I thought it might be hard to relate my Danish experience to Israel, but it turns out that Denmark does have a few connections to Israel.

Always a fan of dessert, I had forgotten that the legend about Krembo is that it originated in Denmark.  Krembo is sold only in the winter (mostly because in summer it would just turn into a gooey mess on the grocery store shelf).  It’s a chocolate-coated, fluff-filled, sweet mess on a thin cookie.  Here in Denmark, it’s called a Flødebolle and you can buy them any time.  There are differences though.  Here they can add coconut on the coating and they use a wafer for the base, fancy ones use marzipan.  Israel has vanilla and mocha, but here they have vanilla and strawberry. 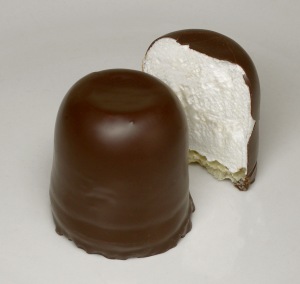 I went to the bakery to get a treat after dinner and I bought a sugar-coated fried donut.  Then I took a bite and realized, “Oh, it’s a sufganiah!”  But here they call them a Berliner.  It’s not originally Danish, but apparently you can get them year-round. 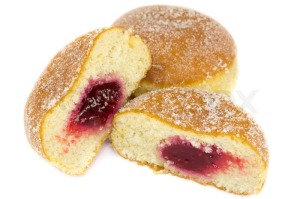 In Israel it’s not uncommon to meet someone who volunteered on a kibbutz.  I didn’t expect to meet two Danes who were volunteers within two days.  On the plane to Denmark, I sat next to a man and his son and in the course of the conversation, I found out that the father had volunteered on a kibbutz in the north 20 years ago.  This was his second visit this year and he hoped to come again in December.  He visits his kibbutz and has fond memories of it.

I arrived at my conference and while talking to the organizer he came out with a few words of Hebrew.  He spent 3 months volunteering on a kibbutz in the Negev.  At 22, he’s already a multilingual, open-minded, curious individual.  I’m a bit jealous that he’s fluent in Danish, English, Greek, German and Hungarian with a few words in other languages.  I guess it’s never too late to improve on my one and a half languages.

These volunteers tend to go to kibbutzim to have adventures and an unusual experience.   They aren’t Jewish and are not Zionists.  It’s just that no other place in the world has this kind of volunteer experience.

Here are a few highlights from my trip so far 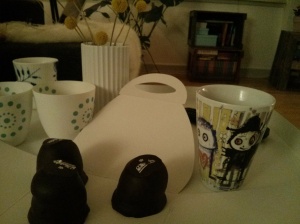 “Your Rainbow Panorama” at the Aarhus museum 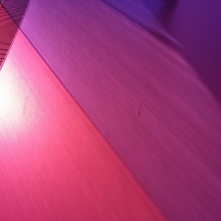 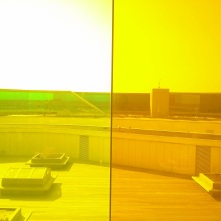 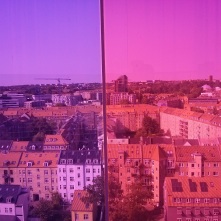 A look out the windows on and on the floor 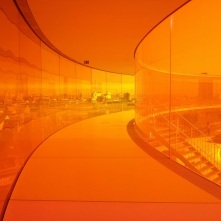 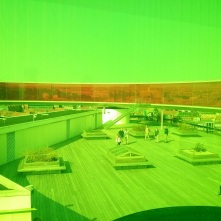 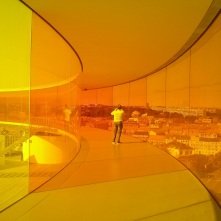 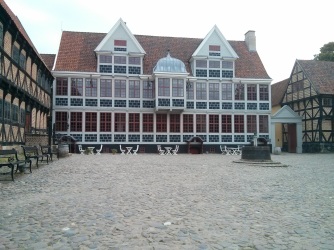 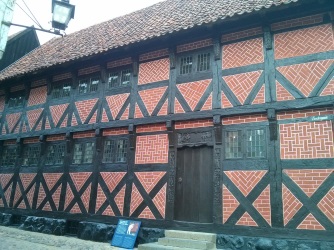 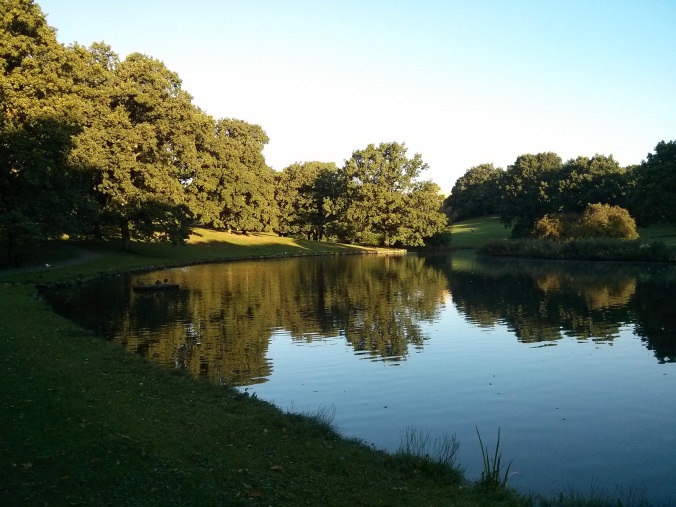 One thought on “Greetings from Denmark!”