Ok.  You were warned and if you are here, then let the spoilers begin.  First, let me just say that there were a lot of other important milestones this week that I could write about – 50 years since the Six-Day War and reunification of Jerusalem, the anniversary of Israel’s bombing of the nuclear reactor in Iraq – but I don’t feel like it.  I want to write about all the things I liked about Wonder Woman.  And since the star is Israeli, it fits the theme of this blog.

Gal Gadot is a down-to-earth, proud Israeli.  She’s currently the darling of Israel and people are pointing out the fact that she was Miss Israel and represented Israel in the Miss Universe pageant in 2004, she served in the military and is not shy about saying so and supporting IDF soldiers serving in Israel.  On top of that, she’s a mom and even filmed some post-production shots of Wonder Woman while she was pregnant.

I loved the fact that all the women on the island where Diana grew up had accents allowing Gal to speak English with her (slight) Israeli accent.  Robin Wright, the original Princess Bride, came up with a pretty good accent too.  For me, a girl who loves The Princess Bride, it was so empowering to see the Princess Bride finally be strong enough to be in charge of her own destiny and be the greatest general the Amazons had ever known. 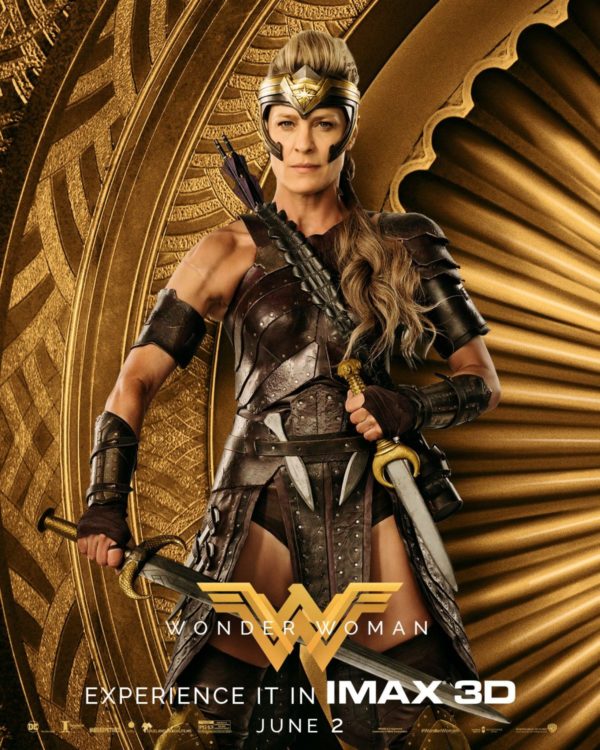 I loved the fact that the star, the director, and the villain were all women.  Dr. Poison was not an active villain though.  There were no narcissistic monologues and she wasn’t in charge of the plan of destruction.  She had her German general who supported her, but also patronized her and used her.  She created a super-serum (along with her poisons) and gave it to him to strengthen him.  She could have strengthened herself, but instead she gave her power to a man.

I loved the fact that the male side characters had no back story.  I know.  That sounds a little mean, but just think about other superhero movies.  Side characters exist to serve the story of the main character.  Steve Trevor, the love interest, is a spy, clearly has some unresolved issues with his dad, and has probably had some interesting adventures.  But they don’t serve Diana Prince’s story, so out they go.  The other members of the team are introduced, but we have no idea why Charlie has PTSD, how did Sami learn all those languages, and why did an American Indian go to Europe?  Doesn’t serve the story, so it doesn’t matter. 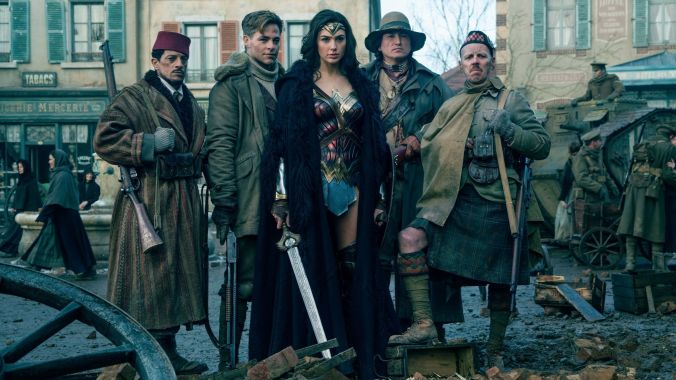 I loved the fact that this movie takes place in World War I.  World War II has become a bit overdone as a setting.  But everyone seems to have forgotten that World War I was “the war to end all wars.”  Mustard gas was used in World War I and is nothing short of chemical warfare.  And it turns out that the Germans used it in Belgium against the Allies in World War I.  So Wonder Woman’s setting gets points for some level of historical accuracy. (As an aside, Wikipedia mentions that ISIS is currently using it in Syria, so it’s still something to worry about today.)

More than anything else I liked the way Wonder Woman fits into my idea of feminism.  I don’t want to be compared to a man.  I want to be the best woman I can be.  I don’t need to measure myself against a man’s accomplishments.  Don’t get me wrong – definitely equal pay for equal work, votes, pants, and all the basic human equalities.  But men and women are different and I think it’s okay to embrace what makes us uniquely either feminine or masculine.  Wonder Woman does exactly that.  Diana Prince is secure in who she is, finds her own strength within herself, and ignores societal restrictions that disempower her simply because she’s a woman.  And at the same time, she is idealistic, she loves babies, she is feminine yet not sexualized, and she falls in love.  In none of those characteristics is it necessary to add “in comparison to a man.”  This was brought most into light in the “No Man’s Land scene.”  Soldiers are stuck in the trenches and can’t make any progress to get to the village.  No man would enter, but Wonder Woman strides forth.  Because of who she is and her own sense of what is right, she leads the others and wins the day.

Wonder Woman is a superhero movie with the required explosions, awesome slow motion fight scenes, stories about gods and goddesses, and plenty of fantasy.  But in comparison to other superhero movies (which I love, by the way), I finally feel like this is *my* superhero movie: a strong Israeli woman using superpowers based in love against violence and war.