A few fun facts about Chanukah

How do you spell it?  Chanukah, Hannukah, Hanuka, … Spell it however you want.  You just need to get the sounds right. 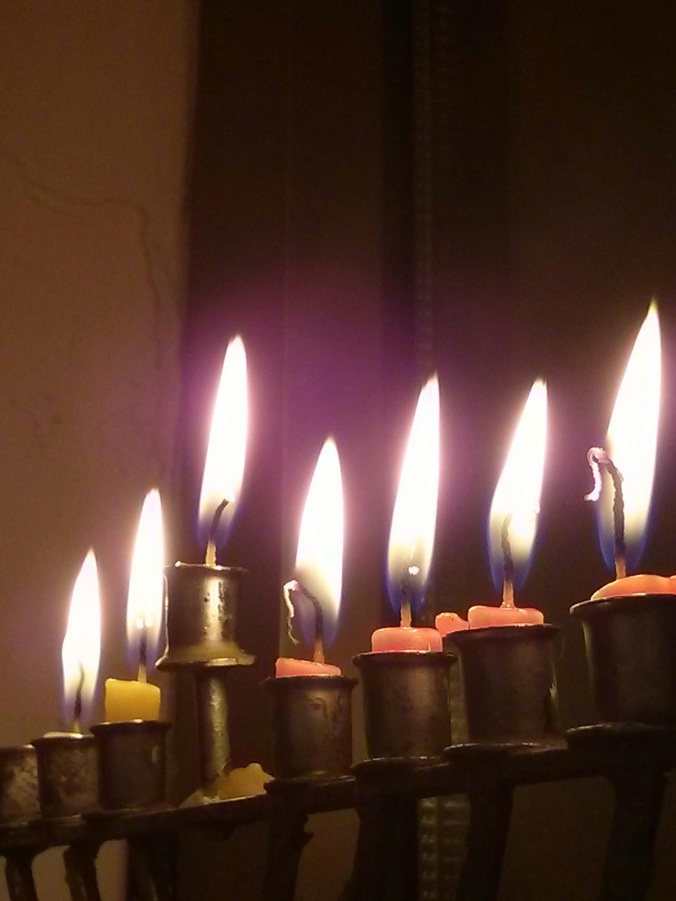 Is Chanukah the Jewish Christmas?  No.  It’s a holiday that happens to fall around the same time of year.  But also yes.  It was never a very big deal in terms of holiday rankings, but in recent decades it became a much bigger holiday due to the overabundance of Christmas celebrations.  Jewish kids needed something fun in December as well.

What is the miracle celebrated by Chanukah?  In 168 BCE the Selucid king, Antiochus IV Epiphanes, forbade the Jews to practice their religion and desecrated the Temple.  After Judah the Maccabee succeeded in ousting the Selucids, the first order of business was to rededicate the Temple.  (Chanukah means dedication.)  They found only enough blessed oil to last one day.  But they lit it anyway and sent for more blessed oil, knowing that it would take 8 days.  And miraculously, the oil that should have lasted only one day lasted for 8 days.

What’s a dreidel? What’s a sevivon?  They are the same thing:  a four-sided top that has 4 Hebrew letters on it.  Dreidel is Yiddish.  Sevivon is Hebrew.  The four letters ar 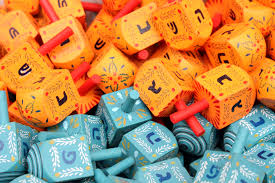 The story is that children would learn the story of Chanukah with the dreidel, but those who forbade the Jews to practice their religion would see only a children’s game.

What are the rules?  All the players ante up by putting 2 whatevers in the pot (usually candies).  The first person spins the top and wherever it falls that’s the instruction for that players turn.  נ – nothing happens.  ג – you win the whole pot. ה – you win half the pot. ש/פ – put in two.

Here’s a true Chanukah story.  I went to a Chanukah party in Israel and they wanted to play dreidel.  Out of about 20 Israelis in the room and 5-6 English-speakers, I was the only one who knew the rules.  That’s right.  A secular girl who grew up in small-town America was the only person who knew all the rules.

I attribute this to family Chanukah gatherings at my aunt and uncle’s house.  I remember at least one Chanukah when all of us kids went upstairs and set up our game in the hidden corridor between the bedrooms and we secretly played dreidel.  Moral of the story:  Everyone should have secret places and everyone should know the rules of dreidel.

The real traditional foods are potato pancakes (latkes [Yiddish] or levivot [Hebrew]) and fried donuts with fillings (sufganiot).  Here in Israel, most people eat sufganiot and these days they are what you might call “fancy-schmancy.”  The basic one is filled with strawberry jam (meh.  I prefer the dulce de leche version of the basic and most of the fancy-schmancy ones.) 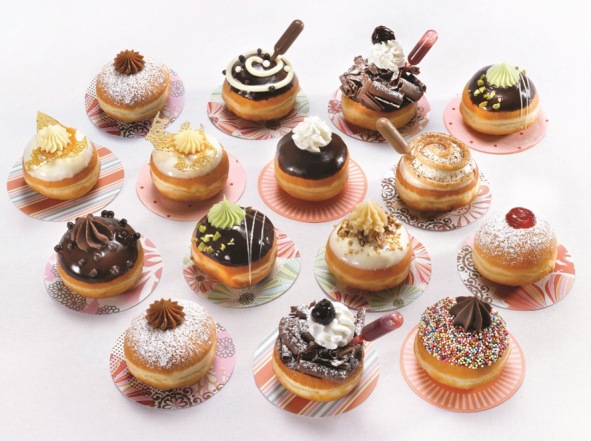 For those of you who know about potato pancakes, you may know that one traditional way to eat them is with sour cream and applesauce.  Not so in Israel.  Whenever I have mentioned eating them this way, I get looks like I’m the crazy one.

When I was waiting at the bank this week, donuts were handed around.  It made the nearly endless wait a bit more bearable, even if it was a strawberry jam one.

What’s the real miracle of Chanukah today?  The story of Chanukah reminds us to fight for our beliefs and our way of life.  We can be proud of who we are, of our history, of our heritage, without imposing it on anyone else.

Chabad puts up a lot of public hanukiahs and lights them each night all around the world.  In Paris this week, they were discouraged from doing so.  But that isn’t the spirit of Chanukah.  They lit the hanukiah to remind us that it is always better to light a candle than to curse the darkness and from that candle many more can be lit.  Together we can banish the darkness. 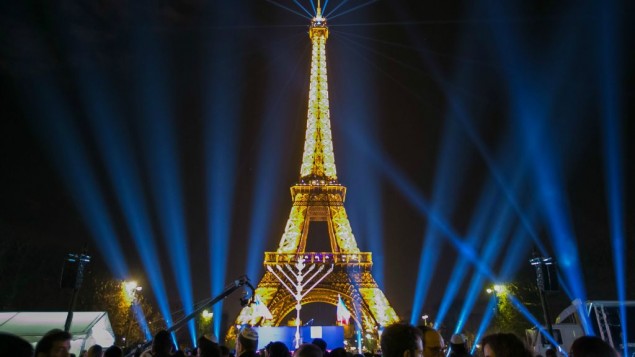