I was originally going to title this week’s post “Summer’s over: Back to the war, I mean, school.”  That more or less sums up this week in Israel.  Kids went back to school on September 1.  Then there were rockets fired from Gaza (fyi, they landed in Gaza).  Five American yeshiva students took a wrong turn into Hebron and were nearly lynched (a Palestinian protected them and they were rescued by the IDF). A law was passed that has a clause in it that forbids journalists from including their opinion in newscasts.  They may take that to the Supreme Court, but it is certainly an interesting development.

All in all, it was a crazy week in Israel.

I don’t have kids.  I don’t live near Gaza or Hebron.  I’m not a journalist, so I’ll state my opinion if I want to.  Instead, this week I jumped on a fascinating, amazing technological wonder.

Anyone who knows me would never describe me as an early adopter.  I got a smart phone after everyone I knew already had one.  I got a tablet only after at least half the people I knew told me how great it was.  Truth be told, I like pen and paper.

I like Korean dramas (k-drama).  Those dramas led me to Korean pop music (k-pop).  I don’t speak Korean, so I have to find streaming sites that include subtitles.  Those searches led to sites in English about Korean pop culture.  And those led me to the fabulous world of Korean technology.

This week I downloaded an app on my phone that lets popular Korean musicians and actors broadcast live via the internet directly to their fan base and interact with them by responding to viewer comments in real time.  As of today, 51 artists have their own channels – though it doesn’t mean they all have broadcasts yet – and the list is growing. 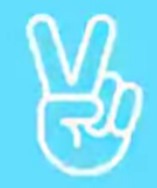 The most important icon on my phone right now

The broadcasts are saved and most of them are eventually subtitled.  A couple of my favorites have their own channels already and I’m hooked.

But what’s really amazing to me is the whole phenomenon.  This is interactive reality TV speaking to a generation of kids who swim in technology (and me, though I’m not a kid who swims in technology).  Korean artists tend to be well-mannered and incredibly sweet and so it seems there is a genuine desire to connect personally with their fan base and this is the newest, slickest, most personalized way to do it.  Facebook, Twitter, Instagram, and other apps I’ve probably never heard of are left in the dust when your favorite actor/musician is having FaceTime with millions of fans simultaneously.

Think about this:  A famous band (choose your generation’s most famous) fills a theater, a stadium, a giant field.  They go on a world tour.  They sell albums.  They are on TV and radio, get fan mail, interact with fans on the internet in various formats.

Now picture this:  The lead singer of a famous Korean band broadcasts for 30 minutes and the broadcast is saved (and subtitled within a day).  Within 2 days the broadcast has received over 23 million hearts (you can send more than one) and over 800 thousand comments.  In that particular broadcast, the lead singer asked people to send their phone numbers and he actually called two fans and chatted with them.

Obviously, the real-time personal connection to everyone in the world simultaneously will help the bands and actors make a gazillion dollars.  This is the natural next level of fan service.  And at the same time, this conveniently located app on my phone is a TV channel with a schedule and video-on-demand.

Will this be a revolution in interactive real-time viewing?  Who knows.  This app has only been out for a short while.  All I know for sure is that it is a hell of a lot more fun than watching the news in Israel.