Snow in Jerusalem! Or not.

This week Israel had a huge storm and it was very cold.  Everyone was hoping for snow and the forecast was for 5 to 6 inches of snow sticking in Jerusalem.  Israelis tend to get very excited about the idea of snow in Jerusalem.  It’s rare and even the most hard-boiled, cynical sort might smile a little at the thought of white stuff all over the city.

The snowstorm that wasn’t

Then it rained.  A lot.  The forecast changed to maybe 2 to 3 inches.  And then the storm passed.  Altogether the “snow storm” part of the storm was about 30 minutes one evening.  And nothing stuck to the ground.  (Other parts of Israel that are at higher elevations did get a bit of snow.)

The day after the storm was supposed to be clear and sunny.  So all’s well that ends well, right?  Not so fast.

A word about Israeli plumbing 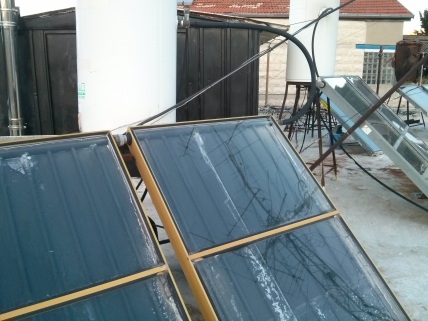 A lot of people have solar heaters for their water tanks so their boilers are on the roof.  For some reason (I don’t really know the whole history), water pipes are on the outside of buildings going up and down from the water tanks on the roof.  There is a chance of freezing, but it rarely gets cold enough in Jerusalem for that to happen. Until it does. 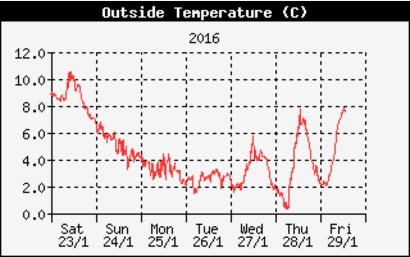 My water heater is not a solar heater with pipes leading up and down from it.  My pipes have not frozen in snow storms or in cold snaps.  Until they did.  It was a very cold morning after the storm passed and I turned on my shower to find nothing coming out of the tap.  I turned on the hot water and I had plenty of boiling hot water – too hot to bathe in.  What?!?!

It seems that the water from the main source froze in the pipes.  My neighbors, with their solar heater, had no water at all in the morning.  The neighborhood had a few pipes burst, so there was water running in the street.  The city had to turn off all the water to fix the municipal pipes, so I had no water at all for a couple of hours.  Finally, the water came back on in the afternoon.

Needless to say, I dripped the faucet last night because while it is gorgeous and sunny, it’s still dipping down around freezing at night.  Good news!  The water was running this morning!

Tu B’Shvat is a minor Jewish holiday that happened last week.  I hesitate to say “was celebrated” because the main thing to do on this day is plant trees and it was way too stormy for that.

Tu represents the Hebrew letters that add up to 15 and Shvat is the name of a Hebrew month.  It has ancient connections to taxing and tithing.  Anything before Tu B’Shvat is from the year before.  Anything after is considered in the new year.

Traditionally, Israelis eat a lot of dried fruit for Tu B’Shvat – dates, figs, apricots, pineapples, kiwis, and a lot of other stuff I don’t even recognize or know the names of.  Some take a more mystical/spiritual approach to Tu B’Shvat and have special dinners with symbolic foods.  Everyone in Israel knows when Tu B’Shvat takes place because all the almond trees in the country are in bloom.  It’s truly amazing to see hillsides filled with beautiful pink blossoms at the end of January. 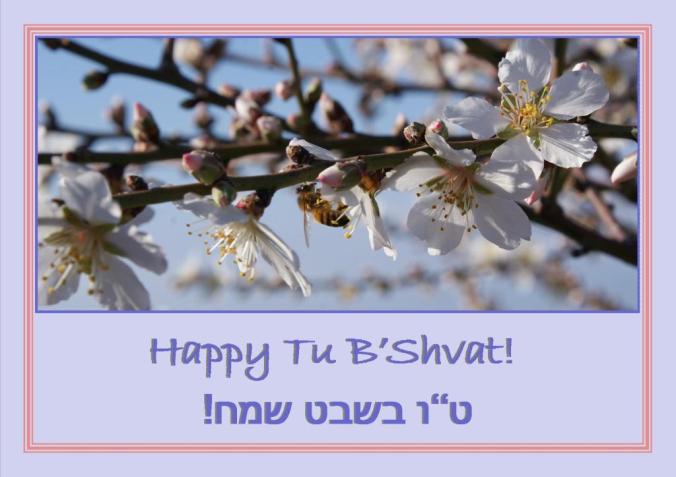 It’s also generally known as the “new year for trees” or the holiday of trees.  In Hebrew that’s Chag L’Ilanot.  So to all the other Ilanas, Ilans, and any actual trees out there, Happy New Year!  Take a day off.  You deserve it!

2 thoughts on “The snow that wasn’t, the freeze that was, and the trees”