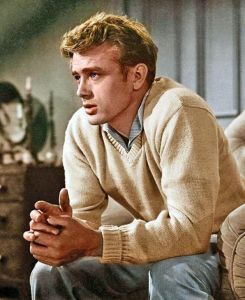 My favorite James Dean movie is East of Eden.  The story moved me so much that I decided to read the book by John Steinbeck.  I had the pleasure of visiting the National Steinbeck Center in Salinas, CA, where I learned that Steinbeck considered East of Eden the culmination of his life’s work.  He struggled with it all his life because he wanted to truly understand the fundamental ability to choose light or darkness.

God said to Cain, “If you do well, shall you not be accepted? But if you do not do well, sin is crouching at the door. It desires to dominate you, but you must rule over it.” (Genesis 4:7)  Steinbeck’s East of Eden tells us that no matter what happens, you always have a choice.

The power to choose

There’s so much awful news: Tel Aviv, Orlando, the Stanford rape case, a British MP gunned down, and plenty more that I don’t know about.  In each case someone made a choice to do evil; they chose darkness.

Debates are raging right now about why these tragedies happened. I’m not qualified to give an opinion about changes that need to be made in society and I’m not going to try.  This post is about the power to choose.

The family of a police officer saw someone running from the scene of the Tel Aviv terror attack.  He was badly shaken and could hardly speak.  They brought him in and gave him water.  The officer ran to the scene and when he saw that the detained shooter was dressed exactly like the man in his house, he rushed back, fearing the worst.  Indeed, the family had sheltered the second shooter.  The officer arrested him in the living room.

This family chose to help someone who looked to be in shock.  Without a doubt, the situation could have ended tragically, but instead we have an example of what compassion to one’s neighbors looks like.

At Stanford, two Swedish graduate students pulled the rapist off of his victim and held him down until police arrived.  The victim was completely unconscious, could not defend herself, and likely would not have been able to remember the events of what happened in order to bring her attacker to justice.

It was late at night.  The two students could have passed by and done nothing.  Instead, they chose to protect a young woman in a horrible situation.

Choosing to stand together

Sometimes you can’t save the person in danger, but you can stand beside the mourners.  Two stories I came across – and surely there are many more – remind us that it’s fine to “Je suis …” and change your profile pictures, but actions are so much more powerful.

A rabbi brought members of his congregation to grieve with mourners of the Orlando terror attack.  Just showing up was enough.

A flight crew found out that a passenger was on her way to her grandson’s funeral.  He was one of the victims in Orlando.  All the passengers wrote notes and when they deplaned, every person stopped to personally give their condolences.

Shavuot in Israel – Standing together

This week also marked Shavuot in Israel.  Shavuot is the fiftieth day after Passover and marks the date that the Israelites received the Ten Commandments at Sinai.  It’s a pilgrimage holiday meaning that when the Temple stood, people came to offer sacrifices.  Today, we aren’t offering sacrifices, but we still stand together, raise our voices in song, and choose life. 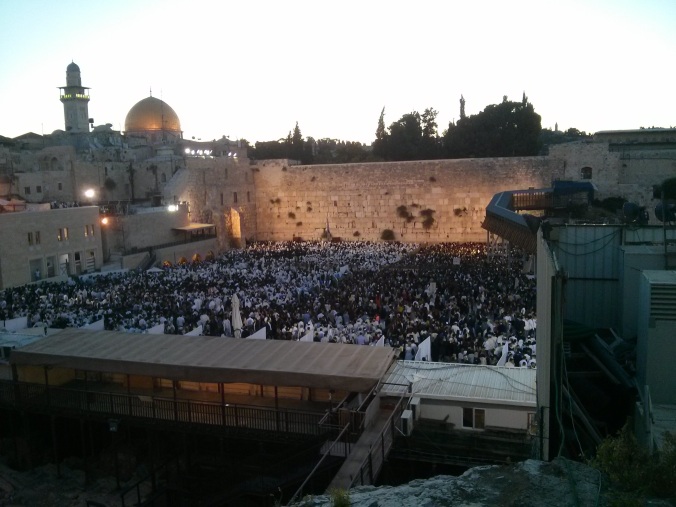 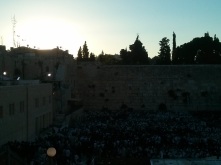 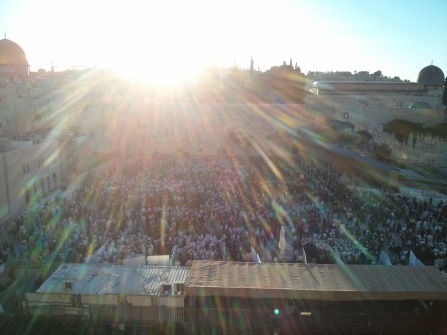 From a single candle, thousands can be lit

Wishing all the fathers a Happy Father’s Day!

And remembering my Dad z’’l 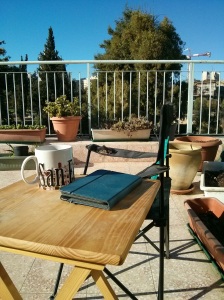 Little known fact about Israel:  Sometimes it’s colder inside than outside.  Yesterday, it was just more pleasant to sit outside.

This week was horrible and violent.  I don’t want to rehash it all here.  Instead, we’ll dial down the intensity and cover a moment in history and look at Dig, a television series that was partially filmed in Jerusalem.

Remember, remember the 29th of November

This week Israel noted the 29th of November.  Quite a few Israelis don’t know why this is a date of note nor why streets are named after it.  It’s one of those dates that gets lost in all the important national and religious dates throughout the year.  What happened, you ask?  Good question.

On November 29, 1947, the United Nations passed Resolution 181, which recommended that the land of British Mandatory Palestine be divided into two states.  It required that both the Jews and the Arabs agree.  The Jews agreed and the Arabs didn’t.

LISTEN TO THE VOTE.

Resolution 181 didn’t create the State of Israel, but it recognized the need for a Jewish homeland and it was sort-of an exit strategy for the British who planned to get out of Palestine in May 1948.  When May 1948 rolled around and the British left, instead of two states co-existing, five Arab states declared war on the provisional government of Israel.

The importance of the resolution today is to remind the world that Israel has a recognized right to exist.  Israel is not a colonial power or a foreign apartheid regime.  The world recognized that the people of Israel – the Jews – have a connection to this land.  It’s not that only that they need a shelter from potential Holocausts in the future, but that this specific land is the Jews’ ancestral homeland.

Picture this:  Every Jewish conspiracy theory, rumor, and apocalyptical end-of-days theory crammed into 10 episodes and it was filmed in Jerusalem.  I liked it.  I enjoyed watching it.  (However, in the interest of full disclosure, my Israel family hated it and said it was embarrassing.)

The Israeli creator of Homeland got together with the creator of Heroes and they made some incredible television fiction.  Then they cast one of the baddies from Harry Potter as the lead (Jason Isaacs, or Lucius Malfoy) and used a bunch of Israeli actors speaking Hebrew in the streets of Jerusalem and in other locations and took us on a wild ride.

The story weaves together a radical Jewish group that wants to rebuild the Temple (obviously on the site of the Temple Mount), but they need a few things, along with some signs and wonders to ensure their success.  They are cooperating with some messianic Christians, who have their special role to play.  Meanwhile, FBI agent Peter Connelly, our underdog anti-hero who is spiritually broken (Jason Isaacs), tries to solve the murder of an American citizen.  He is helped by an Israeli policeman, Golan Cohen, who, just to make things complicated, is gay.  Throw in the Essenes (Dead Sea Scrolls) who have been hidden for the past 2,000 years and the lost treasures of the Second Temple. And then toss in a touch of Jerusalem Syndrome (a real affliction where spiritual pilgrims come to Jerusalem and suddenly believe that they are biblical figures for a while) and the blood moon.

The series was filmed in Jerusalem last summer and due to the little war we had, they finished filming in Croatia.  There is one scene where they say “Oh, that’s Mishkenot She’ananim” and show a building in Croatia.  I leaped up and shouted at the screen, “No it isn’t!”

There is also the cultural hilarity.  Anyone who has ever driven in the streets of Israel knows that people honk their horns all the time. It’s a kind of noisy communication among drivers expressing a variety of emotions.  So when Peter gets in the car with Golan, Golan is always smoking and honking his horn at everyone.  Peter doesn’t like the smoke (Golan doesn’t care) and his answer to why he honks the horn all the time is “It’s relaxing! You should try it!”

I enjoy a good murder mystery (fictional, of course) and I love a good conspiracy theory.  Of course the show was a little silly and over the top.  It’s not a documentary, for heaven’s sakes.  But I have to say, with all the problems on the Temple Mount these days, the various end of days theories going around, especially lately, and all the violence in the world, I certainly hope that fiction in this case is stranger than truth.