There’s a theory that the same amount of bad things are happening in the world as there ever were, but now that we live in a global village and the media coverage is instantaneous, we simply hear about it sooner and more often.  I’m not sure that is true, but I do wish that we would demand that the media stop functioning on a 24-hour news cycle that drops stories as soon as something bloodier comes along.  The terror attack in Nice is today’s top story, but how quickly will we move to the next thing?  France plans to mourn for 3 days.  Will we?  Or will something else catch our attention? 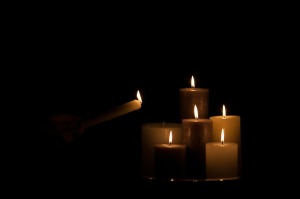 Headline scanning means that we’ll only catch the big stories and so seemingly little stories get swept aside.  I imagine that very few people know that the UNESCO World Heritage Committee is meeting in Istanbul, Turkey, this week.

I am not an expert on the workings of UNESCO and this is not meant to be deep research.  I just want to point out a few facts and try to put them into context.  I’ve provided links at the end of the post.

UNESCO – United Nations Education, Science and Cultural Organization – was on the news radar in Israel in April because of a draft resolution that subtly denied Jewish connections to the Temple Mount and the Western Wall.  The headlines were pretty bold, but when I went to the document itself (which no news site linked to) it refers to Israel as “Israel, the Occupying Power,” does not once use the term “Temple Mount” but only “Al-Aqsa Mosque/Al-Haram Al-Sharif,” and mentions the “Buraq Plaza ‘Western Wall Plaza’.”  This draft didn’t pass – of 58 votes, 33 were for, 17 abstentions, 6 against (the other 2 were not in attendance).  Another draft related to the Old City and its Walls uses the same terminology, except refers to “Buraq Plaza (Western Wall Plaza).”

At the conference this week the item was pulled off the agenda at the last minute because of the uncertainty of the votes and it’s pretty unlikely that the resolutions will pass.  So, no big deal, right? Well, I’m not so sure about that.

The present is the future’s past

As a historian, I’m thinking about researchers going through documents at some unspecified time in the future.  Let’s say, at least 150 years from now.  UNESCO doesn’t decide what history is, but as the arbiter of World Heritage Sites and a name that suggests global neutrality, how will historians see these documents in the future?

First of all, if you go through the documents, you will find references to Jerusalem in the “Arab States” section of the agenda.  Other geographical designations are Europe and North America, Latin America and Caribbean, Africa, Asia and Pacific.

As an academic editor, I know that quotation marks are used for quotations, of course, but they are also used as a substitute for the words so-called, which suggest a distance from the term.  Above, I’m using quotation marks because I’m quoting the text.  Within the resolution, the only reason to use quotation marks (also known as scare quotes, I don’t know why) is to say the so-called Western Wall Plaza.  If you say the words so-called in front of anything, your voice naturally picks up a sarcastic tone.  It’s even more sarcastic if you make air quotes with your fingers.  So here we have a UNESCO draft resolution that gives Arabic names with capital letters, but Jewish names with quotation marks or in parentheses.

How we got from there to here

There may be those that say, “Well, you know, that big golden dome is up there now and possession is 9/10ths of the law.”  Since the Jordanian Waqf administers the site and forbids Jews to pray there, I think that point is moot.  Even subtly rejecting any Jewish connection is simply changing history.  Before Islam, there were two Jewish Temples that stood on that site.  Without the Temple, Jesus would have had no place to overturn the tables and attack the money lenders.  Titus’ Arch in Rome would have no story to tell.  Millions of Jews coming to Israel to visit a bunch of stones, a retaining wall actually, would also seem a bit weird if they lack a connection. 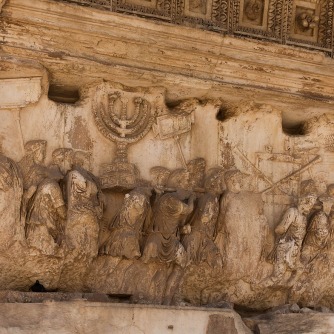 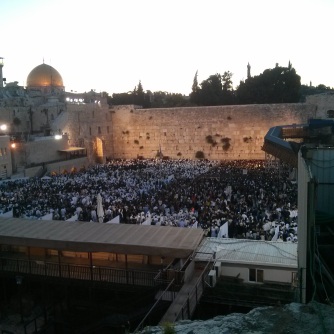 The point I want to make is that it matters now and today how we respond.  US Jews were very happy to have a mixed-gender prayer site created at the Western Wall, but in the big picture isn’t it a more important issue if UNESCO votes to effectively erase the Jewish connection to any part of the area?  Can UNESCO be allowed to vote on the narrative of history? If we decide to lay out narratives next to each other, we can say that there is indeed a Muslim connection to the site (third holiest site), but we must say that there is a Jewish (most important site) and Christian (Jesus’ final days) connection to the site.

What will our researcher find 150 years in the future when looking through the UNESCO documents? I hope she finds a multi-colored patchwork of truth and not obvious propaganda.

Epilogue:  The UNESCO response to Daesh (ISIS/ISIL) bombing parts of Palmyra, a World Heritage Site in Syria, was that the head of UNESCO did declare the acts war crimes, but after UNESCO experts went in, their preliminary finding was that it wasn’t as bad as they thought.  A language comparison of the two resolutions is enlightening.  Daesh is just Daesh, not an Occupying Power or anything else.  Their actions are condemned, but Israel’s actions are strongly condemned, firmly deplored, deeply decried, and disapproved.

Draft resolution on the Al-Haram Al-Sharif and its surroundings.

Decision on Jerusalem and its Walls from 2015.

Report on the vote in April.

Possible revision to the drafts.

An in-depth review of the issue.

6 thoughts on “How History will remember”